What Is Dog Aggression?

Most wild animals are aggressive when it comes to guarding their territory and defending themselves and their young. Dogs, even domesticated ones, are no exception. They also use aggression (or the threat of aggression) to keep peace and determine hierarchy in a pack. Other dogs may only be frustrated by a lack of physical exercise. Whatever the signs of aggression your dog displays, the most important thing is to understand what triggers the behavior. There are many different reasons why a dog might be aggressive and knowing what the underlying cause is will make treatment easier and more efficient. Even though dog aggression is among the most serious behavior problems you might have to deal with, it is still just that – a behavioral problem that can be corrected. It is one of the more difficult to handle though.

Signs of Aggression in Dogs

How can you tell if a dog is nervous to the point of being aggressive? What kind of body language and signs is a precursor to an attack? Knowing the answer to these questions can help you anticipate aggressive behavior, and, hopefully, stop it in time. Apart from Sudden Onset Aggression syndrome, which is a rare condition, an aggressive attack can always be predicted by the specific behavior that precedes it. Here are the most common signs of aggression in dogs:

Causes: Why Is My Dog Aggressive?

To be able to truly understand how to stop dog aggression, you’ll need to find out what makes your dog aggressive in the first place. It’s very rare for a dog to become violent out of nowhere. Most often, the main culprit is a lack of proper socialization and training, but there are other causes that can contribute to this issue. Here are the most common causes of dog aggression:

Maybe your feisty furball has a stressor that makes them rage, or they are acting out as a consequence of a past trauma. In case your dog suddenly starts acting aggressive, it might be their way of signaling they’re in pain. But how are you to know, for sure, what is the cause of your dog’s violent behavior?

Many, if not most, dogs will exhibit some type of unfriendliness around strangers and unfamiliar dogs. This can serve as a protection for you and your family. Some dogs may only be aggressive towards other dogs or animals. Others may be aggressive towards a particular category of people, such as the vet, the mailman, or people in wheelchairs.

Can You Stop a Dog From Being Aggressive?

With the proper behavior modification techniques, it's possible to reduce the risk of aggression. However, no veterinarian or trainer can guarantee that a dog is 100% "trained." There will always be a risk when dealing with an aggressive dog. Even if a dog has been well-behaved for years, a stressful situation could potentially trigger some of those behaviors again. This is why your dog needs consistent aggressive-dog-behavior training.

Dogs are naturally social animals. Work on your pet’s social skills by exposing them to other animals. You can enroll your pup in a training class, bring them to the park or doggy daycare. The more exposure they have with other dogs, the more likely they become comfortable, hence lessen the triggers of aggression. 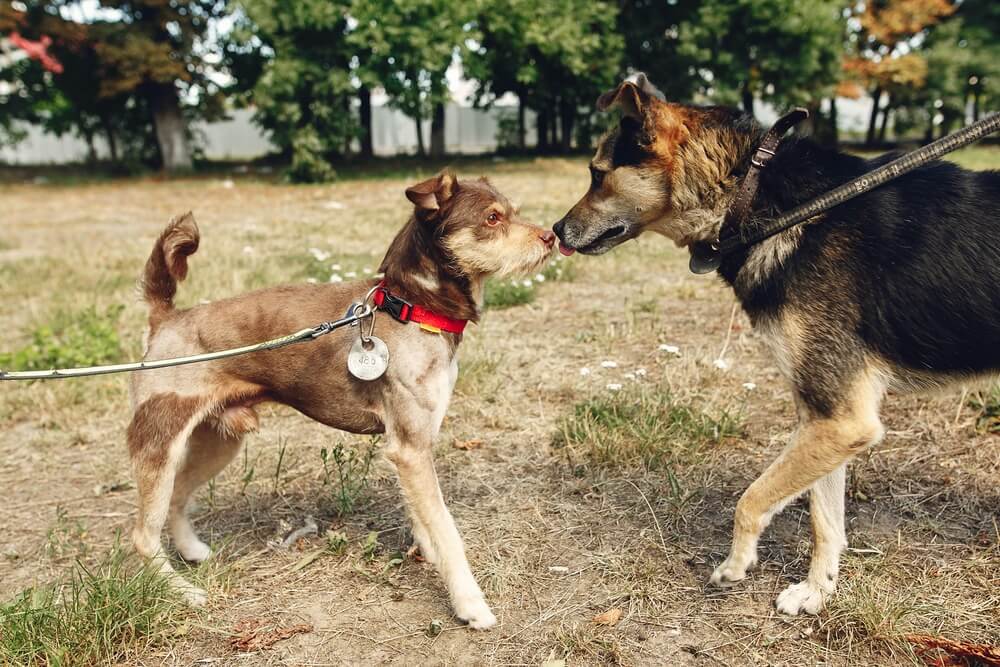 Depending on the severity of your dog’s aggression issues, the solution can be anything from a simple change in routine to working with a professional dog trainer. Whichever ends up being the right choice for you and your dog, just remember: it’s an effort well worth it.