Did you know...the Pug, often called the Pug Dog, is an ancient breed that can be traced back some 2,000 years.

The emperors of ancient China had a preference for flat-faced toy dogs—the Pekingese, Shih Tzu, and Pug were all developed as refined pets of the emperor, his family, and members of the imperial court. Like many breeds favored by Far Eastern potentates of the ancient world, Pugs were a closely held treasure that outsiders could acquire only as a gift.

The Pug’s career as citizen of the world began sometime in the 1500s, when Dutch traders returned to Europe with specimens of the breed. Legend holds that the Pug became the mascot of Holland’s royal House of Orange when a Pug saved the life of the Prince of Orange by barking to warn the prince of an attack on his camp by Spanish troops. When William and Mary of Orange arrived in England to assume the monarchy, their Pugs accompanied them and began a craze for the breed among the British.

The worldwide fascination with Pugs can be gauged by how many names the breed has had in various eras and places: Lo-sze (China), Mopsi (Finland), Doguillo (Spain) are just a few. Among the Dutch, still closely associated with Pugs, they are known as Mophonds.

Theories abound as to the origin of the name Pug. One suggests that Pug is based on the Latin word “pugnus,” meaning “fist”—the idea being that the dog’s face resembles a clenched fist. 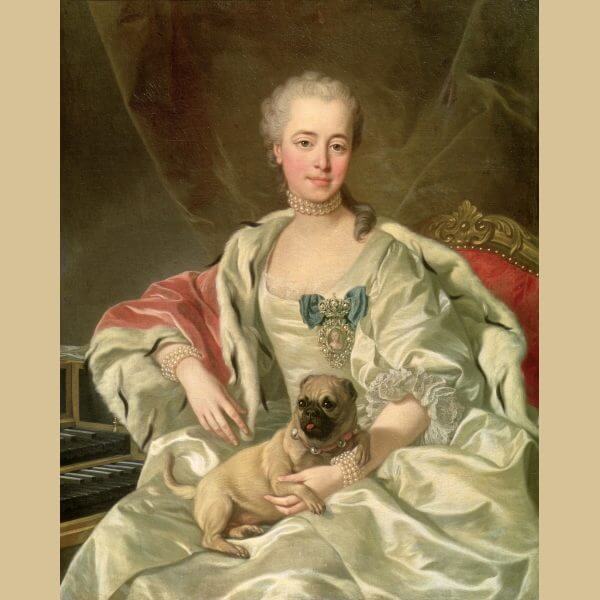 Pug Fact: Emperors of China kept pugs as lap dogs and treated them to all the luxuries of royal life. Sometimes the pampered pooches were given their own mini palaces and guards.

The Pug has been bred to be a companion and a pleasure to his owners. He has an even and stable temperament, great charm, and an outgoing, loving disposition. Pugs live to please their people, so they are generally easy to train. Their feelings are easily hurt, and harsh training methods should never be used. A Pug wants to be with his family and will be unhappy if he is regularly left alone for long periods of time. Early socialization and puppy training classes are recommended.

Given the opportunity, a Pug will happily spend much of the day snuggling on the sofa—which, combined with the breed’s fondness for eating, makes obesity a real possibility. But the Pug is playful, sturdy, and lively, too, and owners can keep the breed fit with daily opportunities for moderate exercise, such as walks or play sessions in the yard. It’s vital to remember that as a short-faced breed Pugs aren’t tolerant of hot weather, and they shouldn’t do strenuous exercise when it’s warm or humid out—better to be in air-conditioning. Some canine sports in which Pugs participate and excel include agility, obedience, and rally. 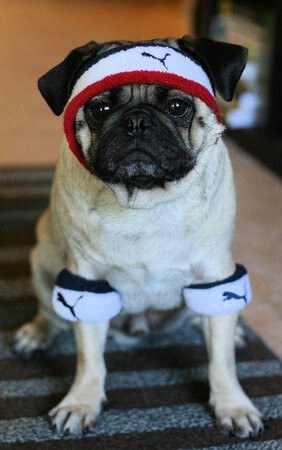 The Pug’s short, smooth, glossy coat needs minimal maintenance, but it does shed. Weekly brushing with a medium-bristle brush, a rubber grooming mitt, or a hound glove will help to remove the loose hair and help keep him looking his best. Pugs don’t need to be bathed unless they happen to get into something particularly messy or start to get a doggy odor. The Pug’s nails should be trimmed regularly, as overly long nails can cause him discomfort. 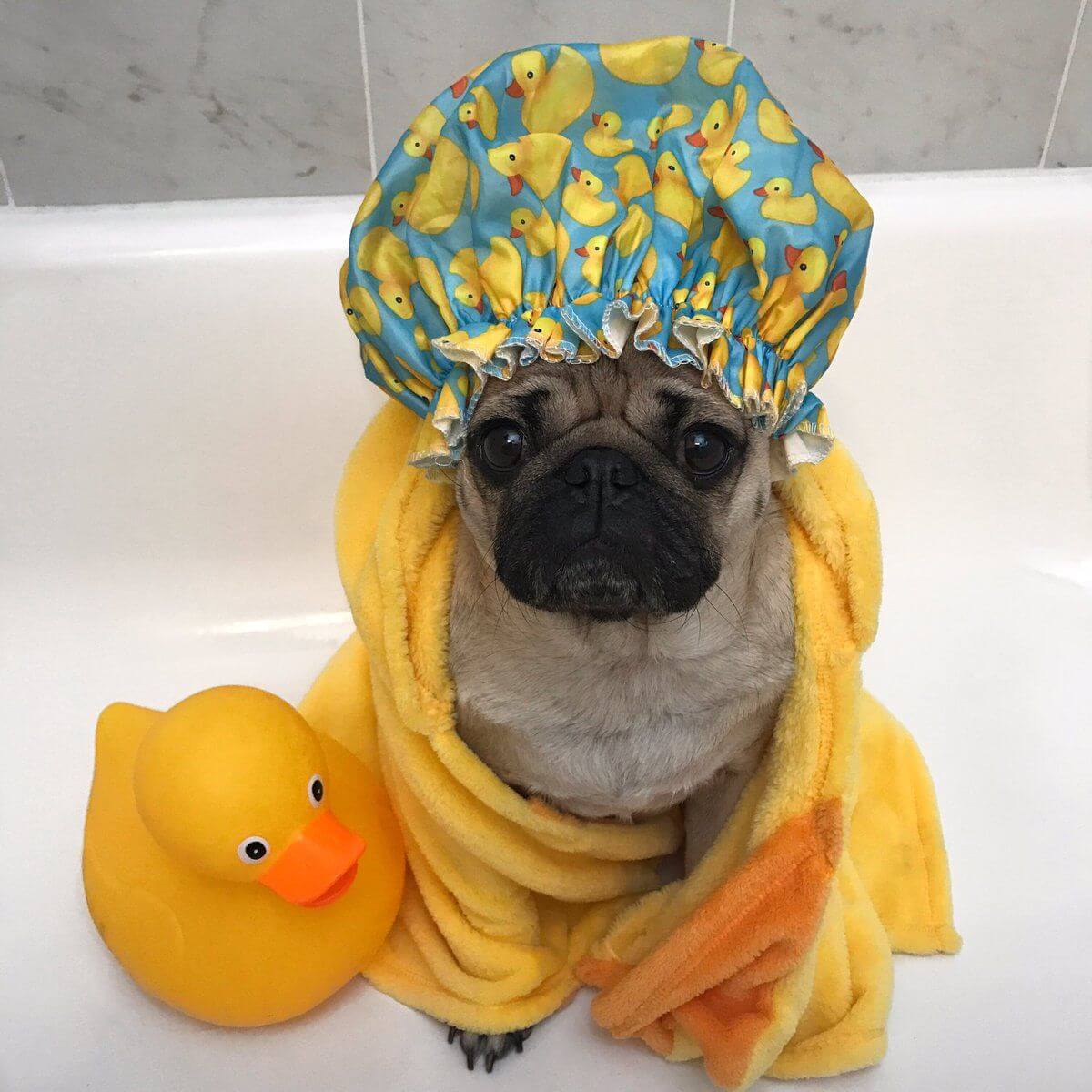 The Pug should do well on a high-quality dog food, whether commercially manufactured or home-prepared with your veterinarian’s supervision and approval. Any diet should be appropriate to the dog’s age (puppy, adult, or senior). Pugs live to eat and are prone to obesity, so watch your dog’s calorie consumption and weight level.

The Pug’s dark, appealing eyes are one of his main attractions, but also one of his vulnerable spots. Eye problems including corneal ulcers and dry eye have been known to occur. Pugs can sometimes suffer from seizures, and if so, it’s important to consult with your vet as soon as possible to determine the cause. Pugs have small legs that support a sturdy body, and this unique musculoskeletal structure predisposes them to bone and joint problems. They are prone to allergies that cause itchy skin. In addition, their wrinkled folds of skin can trap dirt and moisture, providing an inviting place for bacterial skin infections (Pyoderma) to develop. Like all flat-faced breeds, Pugs sometimes experience breathing problems and do poorly in sunny, hot, or humid weather. 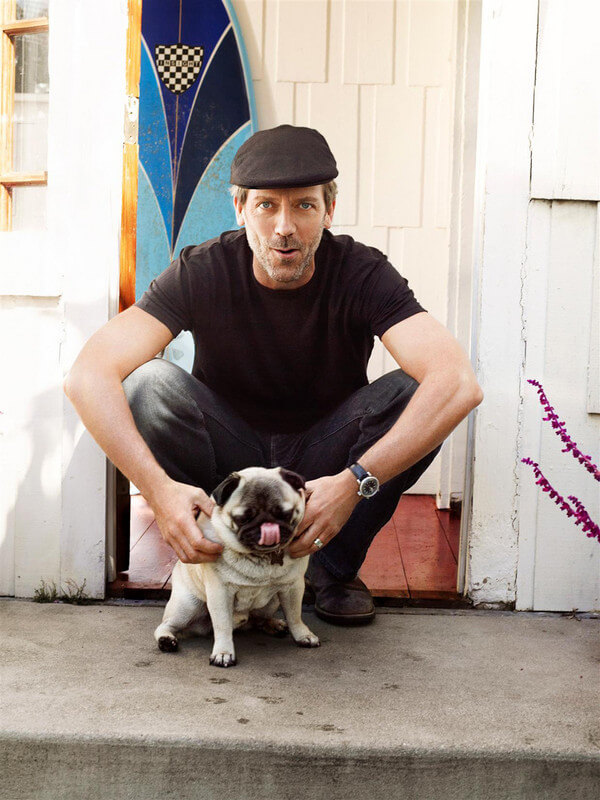 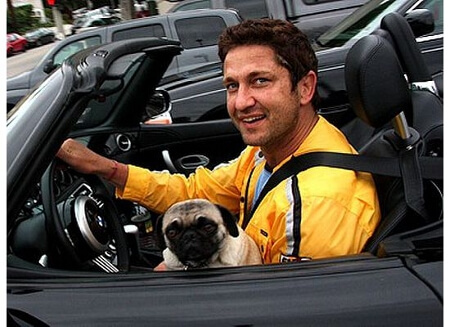 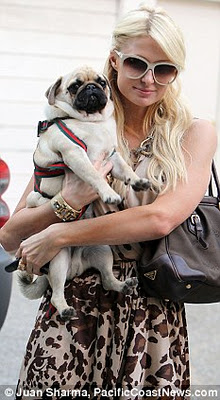