Early Hungarians kept sheepdogs around the end of the ninth century - but the Mudi breed was not officially classified until 1966.

Hungarian sheepdogs were originally divided into two categories: large and small. When breeding, the small dogs were divided from the big ones (Kuvasz, Komondor), but the small ones were interbred. Therefore, the early history of the Mudi is more or less the same as those of the Pumi and the Puli.

Around 1930, Dr. Deszö Fényesi, director of the museum in Balassagyarmat, was one of the first breeders to become involved in separate breeding of this small sheepdog. He is also the one who named the breed Mudi. By 1936, the Mudi was officially recognized as a breed.

During World War II, many Hungarian breeds suffered terrible losses, some almost disappeared, and the Mudi was given also caught in the crossfire. In the 1960s, it was rehabilitated from survivors, and in 1966, a new breed standard was written by Dr. Zoltan Balassy to apply for FCI recognition. This standard was based on only a handful of Mudis and the main differences between the original standard breed and this one were accepted sizes and colors. The FCI approved the breed standard in 1966, but very few people were involved in breeding then it is still a rare breed today.

As the restoration of the breed went on over the next few decades, a naturally-occurring variability in color came to light that differed from the standard written in 1966. A new standard was written in 2000 to add back most of these original colors and the present FCI breed standard dates from 2004. 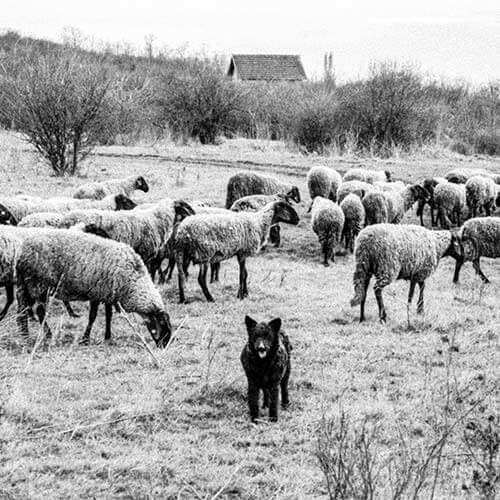 These are even tempered dogs who fear nothing and are extremely intelligent. They are multifaceted and good at almost all dog sports. This breed loves to play Flyball and Frisbee. Their natural agility and strong bodies make them perfect for hunting and herding activities. Mudis love personal attention and human companionship, and they typically latch on to one human family member more than the rest. Proper training will keep a Mudi mentally stimulated, happy, and well-behaved.

Mudis have high exercise needs and require adequate mental stimulation, or they may get bored and engage in destructive behavior. They'll need at least a few good walks each day, and it's ideal if they have a chance to run for a while. Mudi excels at flyball, obedience, herding, and frisbee. So long as their exercise needs are met, they're happy to be calm, inside dogs, though they may do better with a large, fenced-in yard than an apartment. 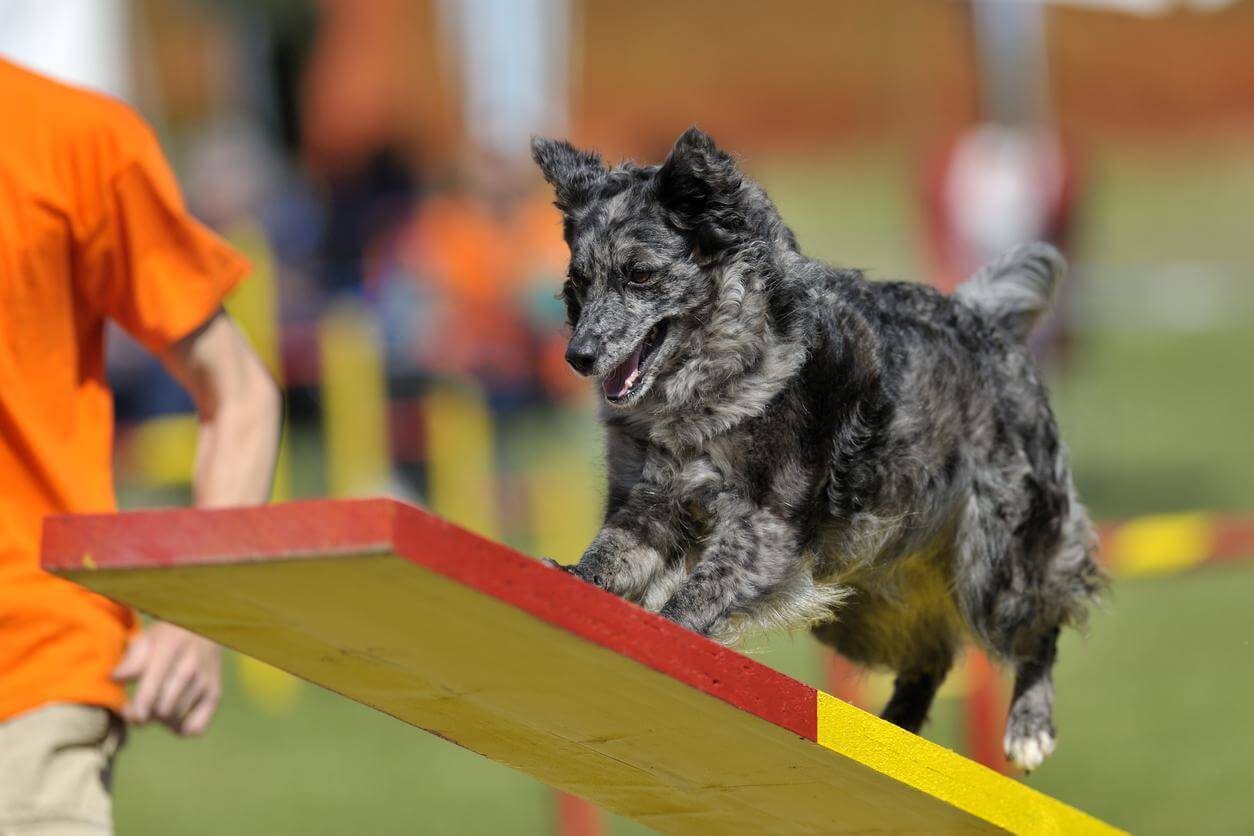 A weekly brushing is usually all it takes and the coat needs no trimming. If your Mudi is like most, he will enjoy swimming in a pool, lake or ocean. Follow that with a thorough freshwater rinse to remove chlorine, algae or salt and restore the spring to his coat, and he's good to go.

Mudi need to be given premium quality food. They thrive well on canned food and potable water. Table food should also not be given to a Mudi as this can lead to obesity and mineral imbalances.

Mudis are generally healthy, though owners should watch out for certain conditions to which the breed may be genetically predisposed. Some health problems that may affect Mudis include hip or elbow dysplasia, luxating patellas, cataracts, and epilepsy.